The title, Zeitdokument (Document of History) elicits, on the one hand, the documentary nature of this work, its relation to the here and now, but on the other hand, it also conjures the notion of time passing and the continuance of history. These two dimensions lend a certain profundity to the work, giving it substance and historical depth.

Forty hand-embroidered images on separate panels that together form the whole of this puzzle: the construction site of the south portal of the new Lötschberg Railway NEAT Base Tunnel (on the Valais side), which connects the north of Europe with the south. The embroidered image depicts the huge tunnel boring machine mounted on rail tracks just about to enter one of the tunnels. A conveyor belt crosses over the Rhone at the bottom of the image, taking away the excavated rubble rock, which will be used to form new hills in the bottom of the valley. The image is almost devoid of human presence, the machines seem to be the sole rulers in this unfinished landscape. At first glance, the scene is reminiscent of contemporary plastic photography, but upon further inspection gives the impression of being filtered through a computer, television or comic. 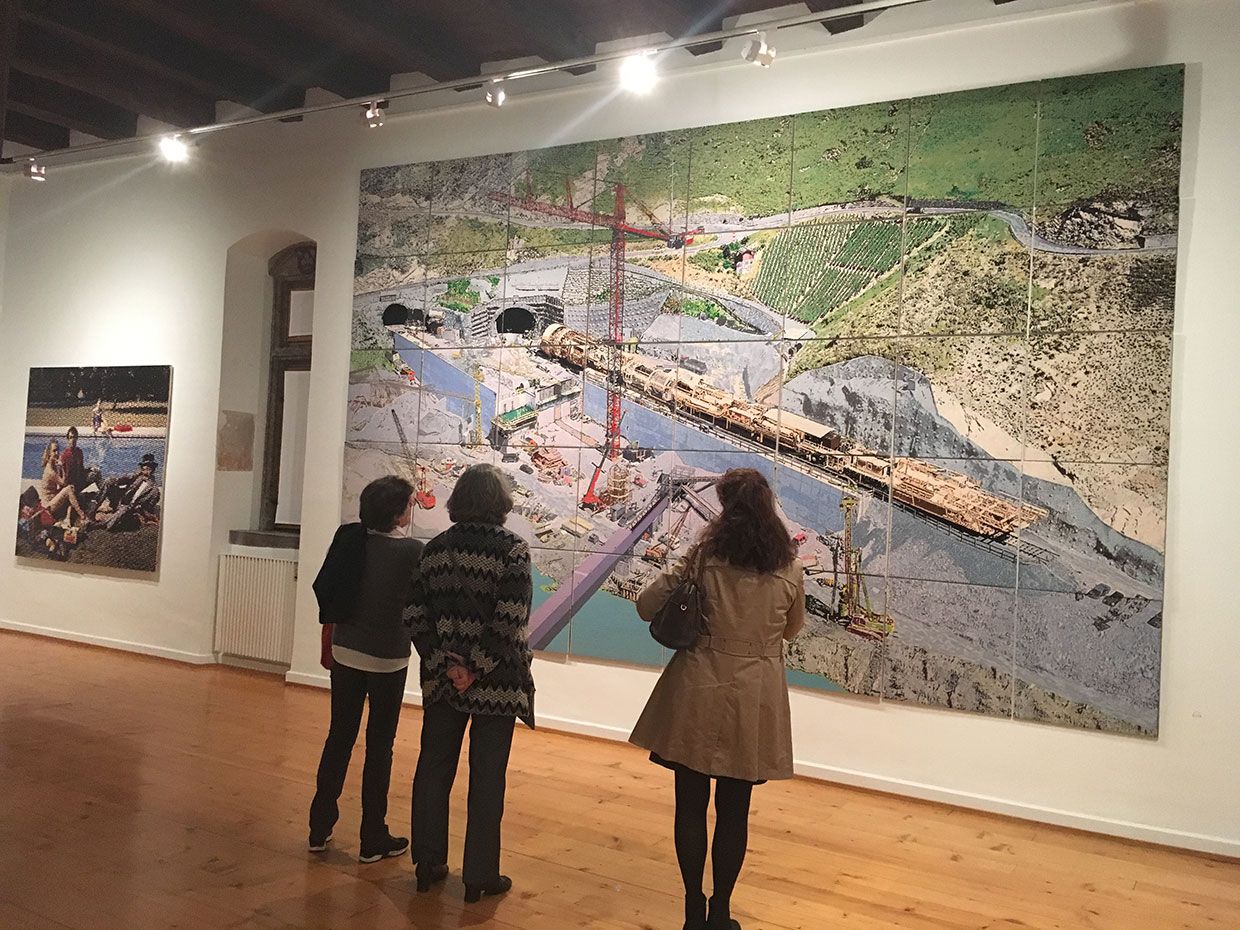 Happening: Embroiderers and miners, visit to the tunnel construction site